Prince Harry Has Arrived Back in the U.K. Two Days After Prince Philip's Death

Fox-to-Trump revolving door is now spinning the other way

Prince Philip Has Died At Age 99

What to watch next

5 Reasons Sandra Oh Stands Out From The Rest

Everything “The Crown” Fans Need to Know About Season 5

Prince Harry’s Sweet Interview On The Royal Baby Prince Harry and Meghan Markle had their baby. Harry is interviewed about the whole ordeal.

5 Reasons Sandra Oh Stands Out From The Rest Sandra Oh is making history. The Golden Globe- and Emmy-nominated actress — known for hits like ABC’s “Grey’s Anatomy” and Hulu’s “Killing Eve” — has broken more than a few records. Here’s a look back at her incredible career milestones.

Prince Harry is officially back home in the United Kingdom.

People confirmed on Sunday evening that the royal had landed back in the U.K. after arranging travel as quickly as possible following the death of his grandfather, Prince Philip. Harry's wife, Meghan Markle, and son, Archie Harrison, did not join him on the trip and instead remained at the Sussex family's home in Montecito, California. Meghan, who is currently far along in her pregnancy with the couple's second child,"has been advised by her physician not to travel," a royal spokesman said.

Prince Philip died on Friday and is currently lying at rest at Windsor Castle. His funeral is set for April 17 at St. George's Chapel at Windsor Castle, and will be limited to just 30 guests, in accordance with coronavirus pandemic restrictions.

While the service will be closed to the public, it will be broadcast live for members of the public who wish to honor the Duke of Edinburgh with his family and will air at 3 p.m. U.K. time (10 a.m. ET). A little earlier that day, at around 2:40 p.m. in the U.K. (9:40 a.m. ET), Philip's coffin will be moved in a small ceremonial procession from Windsor castle to St. George's Chapel.

The Palace has requested that those wishing to mourn Prince Philip or support the royal family will refrain from turning out in person or laying flowers in his memory and will watch the service from home, as large public gatherings are still restricted due to the pandemic. Still, the royal family is said to appreciate the outpouring of support and the ways in which people around the world have honored the duke since his passing.

"While this is naturally a time of sadness and mourning for the royal family and the many others who knew and admired the Duke of Edinburgh, it is hoped that the coming days will also be seen as an opportunity to celebrate a remarkable life: Remarkable both in terms of his vast contribution and lasting legacy," a Buckingham Palace spokesman said after Prince Philip's death.

The Amish keep to themselves. And they’re hiding a horrifying secret. — Cosmopolitan

These Are the Best Items to Shop This Year, According to Google

Which Zodiac Signs Are The Most Well Liked? 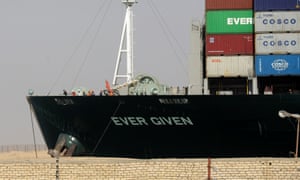 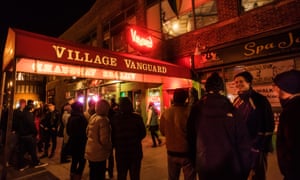 Secrets of the Kardashians' billion-dollar empire

18 Celebs Who Have Come Out as Pansexual