How to cook the perfect spinach and ricotta cannelloni – recipe

This is a vegetarian classic – yet, judging by an initial survey of my cookbook shelves, only in my head. Heading online, the ckbk digital library boasts precisely three results for spinach and ricotta cannelloni out of 75,000 on the site, leading me to suspect that, like balti, or General Tso’s chicken, it’s all but unknown in its apparent home country.

My Rome correspondents Rachel Roddy and Kristina Gill, however, quickly disabuse me of that notion – indeed, Roddy tells me that at her local fresh pasta shop, cannelloni di ricotta e spinaci now sell better than the classic meat filling. Gill, however, after kindly trawling through “maybe 30 books” in her more extensive collection, confirms that there are surprisingly few published recipes for it, even though The Silver Spoon, often cited as the authority on Italian cuisine, describes spinach and ricotta as the traditional filling for cannelloni.

Perhaps the problem lies in the fact that it’s also the classic choice for many other stuffed pastas, and even the crespelle (pancakes) often used instead of pasta in Abruzzo and Campania. The beauty of cannelloni, however, is that they’re incredible easy to make, and bake, hence their popularity on restaurant menus. But what’s the best way to go about it?

First things first: the structure of the dish. Cannelloni is one of those relatively rare Italian pasta dishes where the ratio of pasta to filling is skewed in favour of the latter, but that’s not to say you can afford to slack. The best versions I try are, naturally, made with homemade egg pasta, and this is an occasion where including a proportion of semolina flour is a very good idea: with such a soft, mild filling, the pasta needs to retain a bit of bite. To this end, I’d suggest par-boiling it for a minute, as Roddy’s favourite recipe, from Pasta: Sapori d’Italia, recommends, rather than any longer: the three minutes in Katie Caldesi’s The Italian Cookery Course proves a bit soft for most tastes once it is baked.

Strangely enough, the dried tubes of cannelloni I remember from childhood seem to have disappeared from my local supermarket, though they are still available in larger stores. I do have a go with sheets of fresh egg lasagne, however, and can confirm that, if you’re short of time, these also work a treat.

Spinach is the preferred choice, obviously – I’d advise searching out bunches of mature stuff, rather than tiny baby spinach leaves sold in supermarkets, which, in my experience, collapse to mush once wilted and baked. If you can’t find them (greengrocers, markets and farm shops are a good source), the next best thing, as Caldesi says, is to buy it frozen, but make sure you get the whole leaf stuff, not the strangely popular pucks of green puree, then defrost and squeeze well before use – any excess liquid will make your filling watery.

Christopher Boswell writes in Pasta: Recipes from the Kitchen of the American Academy in Rome that in his kitchen they make these cannelloni with “any greens we have handy. Chard, nettles, turnip tops, cavolo nero and kale all work well.” I try one recipe with cavolo nero, and it proves very popular; indeed, the stronger flavour is actually preferred by some of my testers. If you do use more robustly textured greens, cook them in salted water until tender, dunk in cold water, then drain very well before finely chopping.

Others add garlic or other aromatics to “bump up the flavour”, as Caldesi puts it – she deploys “soft leaf herbs, such as basil, chives, parsley and oregano”. We all love her cannelloni, but they do taste more of herbs than spinach or ricotta, so if you’re keen for these rather shy and retiring ingredients to remain the stars of the show, I’d recommend sauteeing the spinach in butter with just a little crushed garlic, as the Silver Spoon suggests, to enhance, rather than obscure them.

A good sprinkling of salt and a generous grating of nutmeg, which works so well with both ricotta and spinach, are completely non-negotiable.

Ricotta is, of course, the order of the day; I love it in all its forms, but with such a plain dish, it’s worth buying some really good fresh stuff for this. Many recipes add grated hard cheese to the filling, too – usually grated parmesan, or grana padano in Boswell’s recipe. Bear in mind that if you want to make this dish strictly vegetarian, you’ll need to source a vegetarian alternative; they’re widely available these days.

Some recipes, though not all, add eggs to the filling as well – or just yolks in the case of Caz Hildebrand and Jacob Kenedy’s The Geometry of Pasta – but I can’t see the point; those without are just as good, and I think have a slightly softer, creamier texture.

Because cannelloni are baked, they need a sauce, rather than just the drizzle of melted butter you can get away with in other filled pastas. Bechamel and tomato are the two most common choices, and both put in an appearance in Caldesi’s recipe. While in my opinion you can never have too much sauce, it cannot be denied that making two is double the work. What’s more, the overwhelming preference of testers, with the honourable exception of the dog, is for the tomato version, on the basis that “the milky bechamel is too similar to the ricotta”.

You could just keep things very simple and, like Boswell, puree a tin of plum tomatoes, but we agree that the plainness of the filling demands a little more in the way of savoury oomph from the supporting sauce: Caldesi’s long-simmered tomato passata, flavoured with vegetables and herbs, is just perfect.

We also like her commitment to crisp edges – surely the best bit of almost any gratin – and to this end would recommend not covering the pasta completely with passata. Unless you’re making this for a crowd, however, or have only a very small baking dish to hand, I wouldn’t bother with two layers of cannelloni – sheltered from direct heat, the base layer inevitably goes soggy.

In fact, in pursuit of maximum crunch, finishing the dish under the grill, as the Silver Spoon and Pasta Sapori d’Italia suggest, is a very good idea indeed. Adding extra parmesan at this point is between you and your waistband.

For the sauce
1 tbsp olive oil
1 onion, peeled and cut in half
1 carrot, cut in half lengthways
1 celery stick, cut in half
800g tinned plum tomatoes
1 small bunch basil
Dash of balsamic vinegar, or ½ tsp sugar and a dash of wine vinegar

Start with the pasta, if you’re making it yourself. Mix the flours and the salt, make a well in the middle, then pour in the whole eggs and egg yolk. Gradually mix in the flour until you have a dough you can bring together with your hands, adding a splash of water, if necessary.

Knead for about 10 minutes, until it feels smooth and springs back when poked, then wrap in clingfilm and chill for an hour.

Meanwhile, heat the olive oil in a wide pan over a medium heat, add the onion, carrot and celery, and fry for a couple of minutes, until starting to brown. Tip in the tomatoes, basil and vinegar (or vinegar and sugar), bring everything up to a simmer, then turn down the heat and cook for about half an hour, until thick. Remove and discard the vegetables and herbs, then whizz the sauce with a hand blender (or mash) until fairly smooth, and season to taste.

While the sauce is cooking, trim and discard any tough stalks from the spinach and wash the leaves well. Put the still-wet spinach in a saucepan over a medium heat, cover and cook, shaking the pan occasionally, until completely wilted, then run under cold water to prevent it cooking further. Once it’s cool enough to handle, squeeze until dry, then chop finely.

Melt the butter in a frying pan over a medium-high heat, add the garlic, cook for a minute, then add the spinach. Saute to coat with the butter, then turn off and leave to cool.

Roll out the dough on a lightly floured surface until it is about 1cm thick and will go through the widest setting of your pasta machine comfortably. Put it through each setting but the very narrowest twice – the sheets don’t need to be paper-thin. Cut into pieces about 10cm long, blanch in boiling salted water for a minute, then drain on a clean tea towel.

Heat the oven to 200C (180C fan)/390F/gas 6. Mix the spinach with the ricotta and most of the grated cheese, reserving a handful for the top, and season well with nutmeg and salt.

Cover the bottom of a medium baking tin with a thick layer of tomato sauce, then put a sausage of filling on the short end of one of the pasta squares and roll up, cutting away any excess once you have a slight overlap. Put the filled tube seam side down in the baking dish, and repeat with the remaining pasta and filling; you’ll probably be left with some excess pasta, which will keep in the fridge for several days, stored between greaseproof paper. Tip the remaining sauce on top, leaving a margin around the edge, then bake for 30 minutes.

To finish, scatter over the remaining grated cheese, grill until bubbling, then serve.

• Spinach and ricotta cannelloni: an understated classic or rightly overlooked by cookbooks? Do you prefer the spinach-and-cheese filling in crespoline (pancakes), or are there other Italian vegetarian dishes you prefer to make instead?

This article contains affiliate links, which means we may earn a small commission if a reader clicks through and makes a purchase. All our journalism is independent and is in no way influenced by any advertiser or commercial initiative. By clicking on an affiliate link, you accept that third-party cookies will be set. More information.

Food How to cook the perfect ...

Plum Market to open in downtown Detroit on July 3 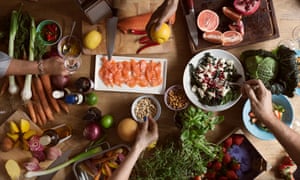 A new Indian restaurant is headed to the Cass Corridor 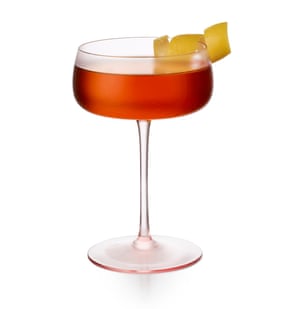 Cocktail of the week: The Sun Tavern’s Two Irish Men 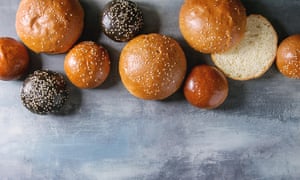 Mmm bap: the long search for the perfect burger bun

Detroit Axe has a Corktown location in the works 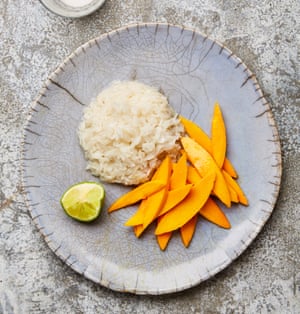 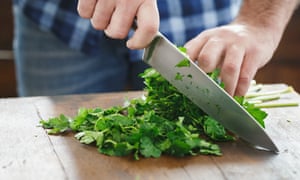 Do I really need more than one kitchen knife?